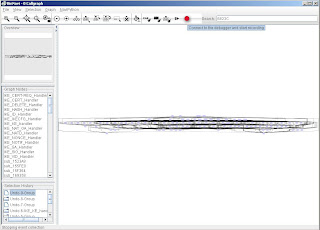 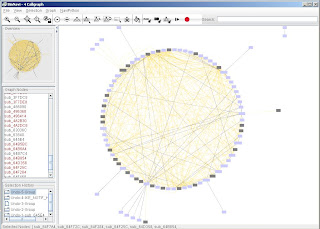 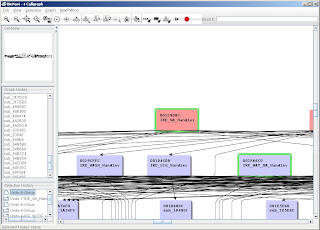 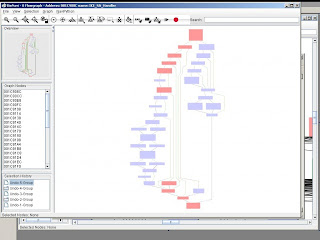 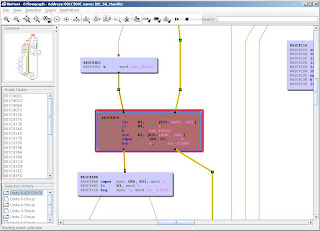 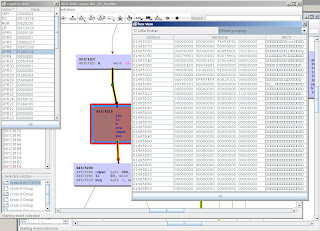 Oh, and be sure to check out Ero Carrera's Blog - he will post about the SQL database format used by BinNavi at the end of next week, and show why it's useful and flexible.
Posted by halvar.flake at 7:11 AM

We stitch the two files together end-to-end, load them into IDA and run a few small scripts to identify function entry points and do some minor fixing of the disassembly (principally switch statements, and some function naming), and export everything into the BinNavi database

That's not very much function naming... although you do have a few in that first jpeg. I don't know anything about ScreenOS images, and my interest is mostly in IOS.

How does one get function names for IOS when the images never contain symbol tables (and unlike Microsoft, Cisco/Juniper don't make these available)? Michael Lynn had many names in his pulled presentation. Is this just something that FX and others leak occasionally and most reverse engineers just guess the rest? Is there a loader module for PowerPC or MIPS IOS images that I'm just not aware of?

Many names are trivially retrieved from debug messages:

"process_sa_payload(): Entering" does give you a direct function name.

Also helpful are tables of char *, func * - a lot more common than one thinks.

The functions in the screens come from a 10-minute-round of identifying debug printing routines and a char*/func* table, and running a quick script to use those names.

As a loader, we used flat binary - we had a memory dump, not a real image.

Thank you very much for this information.