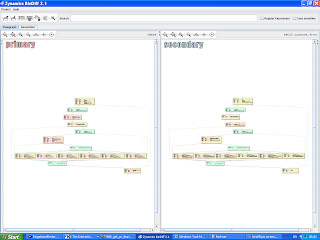 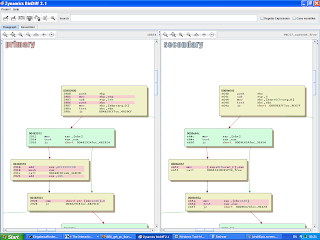 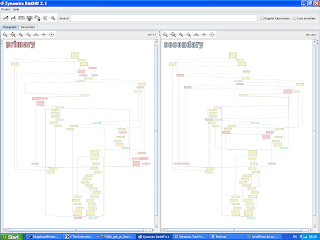 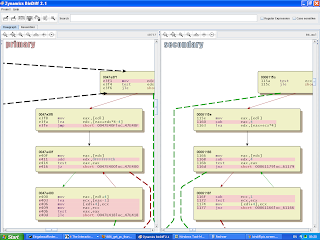 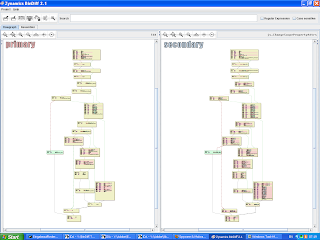 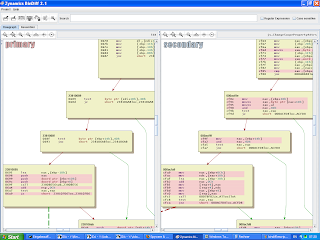 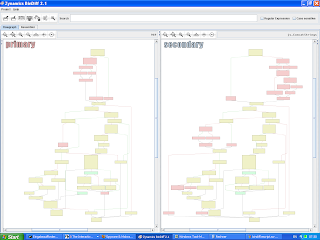 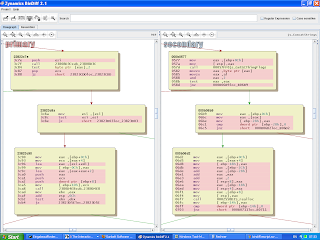 Anyhow, as mentioned above: I am at the Virus Bulletin conference -- if anyone wishes to have a chat or have our products demo'ed, please do not hesitate to send mail to info@zynamics.com.
Posted by halvar.flake at 12:39 AM

I'm going to be the annoying one and ask when we can expect to see this behavior in BinDiff or some other publicly available product?

Halvar, amazing stuff. I like your thesis too, although I've only read a few pages so far.

While you've demoed some libraries that likely match the one used in the target, what about the false positive ratio? It would be interesting to see your comparison of multiple versions of the OpenSSL library against PIX to see which one it is most similar to. Are they really backporting patches or is it stock 0.9.5a?

Also, perhaps compare gnutls to the PIX OpenSSL implementation and see how much various internal functions (say, derive master secret) match even though the libraries are different implementations.

Hey Halvar, your posts do have titles now! :)

Asking out of ignorance, so apologies in advance.

You are already taking advantage of callpath info to bring up neighbor functions? I.e. A calls B. B by itself in both binaries is 0.5 confidence. But A is 0.95. If both A's call both B's in the same place, do you bump B up to 0.725?

As far as I can see, they are backporting patches to 0.9.5a, but I only had a cursory look.

Concerning gnutls: I would be _extremely_ surprised if gnutls vs openssl matches in any way -- but I will try, thanks for the hint ! :)

Unfortunately, keeping this "reasoning tree" in memory is not easily feasible for very large diffs, so we don't build it unless we're trying to diagnose an error...