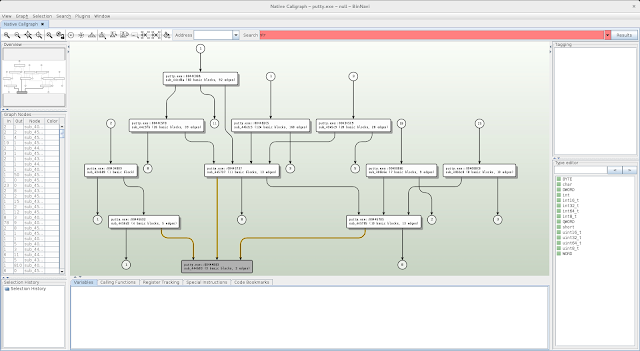 The great thing about having fREedom to start from is that further improvements can be incremental and layered - people have something good to work from now :-) So what is missing / needs to come next?
Personally, I am both super happy and pretty psyched about fREedom + BinNavi, and I hope that the two can be fully integrated so that BinNavi always has fREedom as default disassembly backend.
Posted by halvar.flake at 2:38 PM